Acne is an extremely common disorder with both a significant psychologic and economic impact. Acne patients are bombarded with information of which some is scientific, some anecdotal, and much promotional

. Sorting through this morass of information is no easy feat for the physician, let alone the patient. Here, we will try to address one of the common misconceptions of acne: namely, that it is worsened by topical application of petrolatum or anything similarly greasy. In truth, the texture or feel of a substance is not a good predictor of its acne forming potential.

Acne is caused by a complex interplay among hair follicles, sebaceous glands, hormones, bacteria, inflammation, genetics, and the environment. The earliest lesions of acne, called comedones (aka whiteheads and blackheads), are formed, when hair follicles are plugged because of retention of the follicle lining cells.

Because plugging of hair follicles is instrumental in the initiation of acne, it is natural to suppose that any substance that “clogs” hair follicles will also cause acne, and thus greasy substances are easily vilified. For example, cocoa butter may cause an allergic reaction. (Figure 1) In reality, acne formation is more complicated than this, and it is uncommon for acne to form without the specific follicle plugging that occurs with retention of follicle lining cells. While there are certain oils and chemicals that cause acne in 100% of those exposed, predicting which substances will cause acne is not easy, and physical characteristics such has greasiness turn out to be very poor predictors. For example, petrolatum and mineral oil have essentially no acne forming potential, but almond oil and cocoa butter have strong acne forming potential. 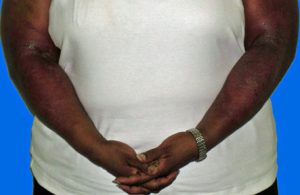 Figure 1: This patient applied a cocoa butter preparation to the arms and created contact dermatitis to the agent

Historically, acne causing potential has been determined in both animal and human testing. Most commonly, a small amount of a pure substance was applied to the inside of a rabbit ear and later the number of new comedones counted. From these tests, exhaustive lists of acne causing chemicals and oils were developed. Testing on acne prone human volunteers is more accurate but has been done less frequently and in far fewer numbers.

The take home message is that acne patients need not reflexively shy away from petrolatum or petrolatum containing products. The broader question of what substances and products are safe to use with acne is more challenging. Something that causes acne in its pure form often does not when part of a mixture, so there are more safe products than a list of ingredients would imply. Ultimately, some degree of trial and error is often needed, but this can be greatly facilitated by consultation with a dermatologist familiar with both the common culprits and misconceptions. (Figure 2) 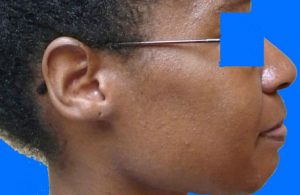 Figure 2: Her acne was precipitated by the application of a petrolatum-based preparation, rather than pure petrolatum